Given his gift for sweeping melodies, it is not surprising that Tchaikovsky created some memorable songs, and the best-known, at least in the English-speaking world, is None but One Who Knows Longing, frequently performed in English as None but the Lonely Heart, and recorded by the likes of Frank Sinatra and Sarah Vaughan. And among Russians, Amidst the Din of the Ball, is said to be so well-known that just its first few notes are enough to instantly conjure thoughts of “love at first sight” throughout the populace.

(aka "None But the Lonely Heart") 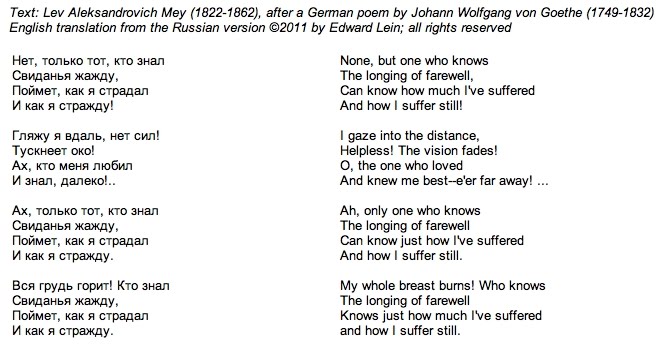 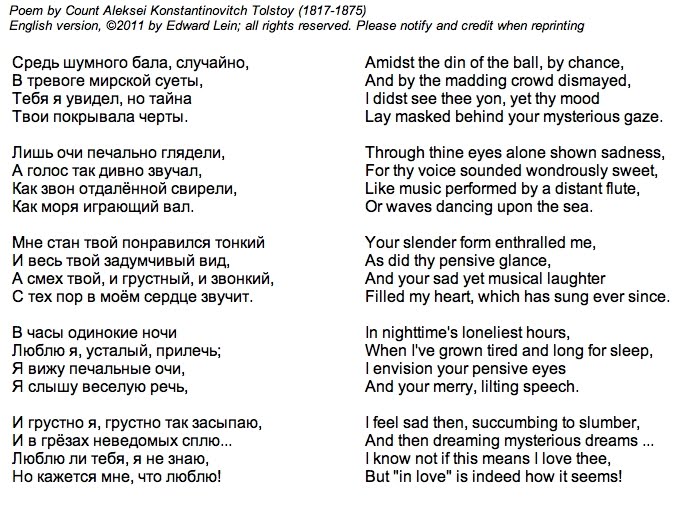 Had I but Known 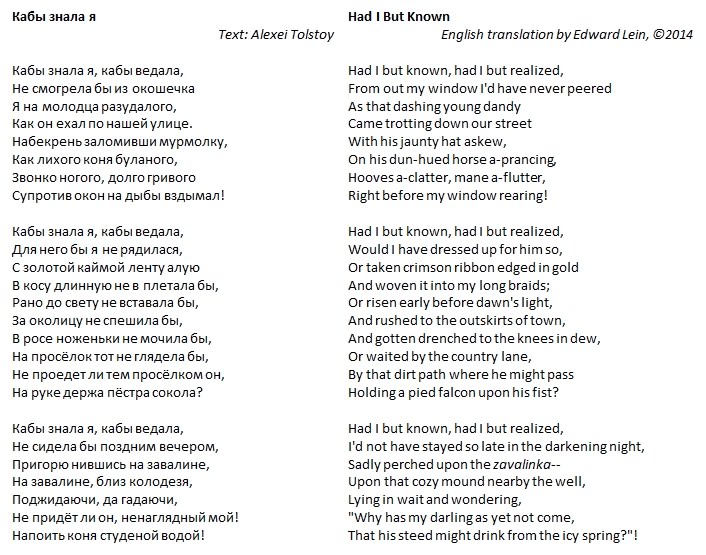 Was I Not a Sprig of Grass 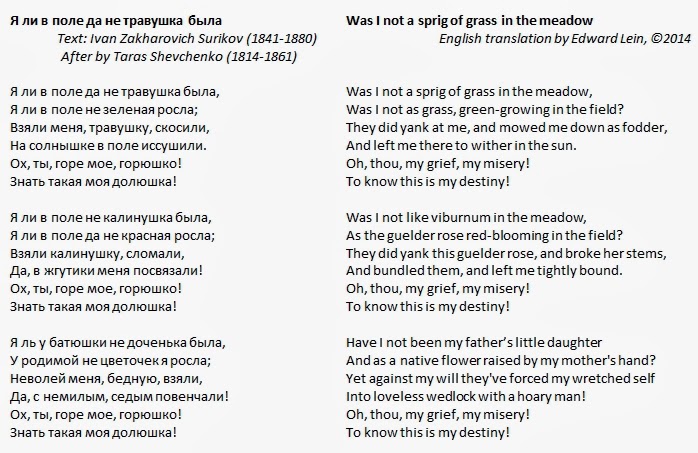 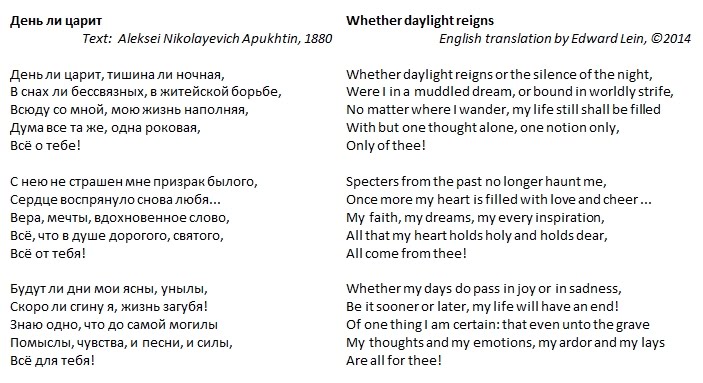